The 13th season of Indian Premier League (IPL) will kick off on March 29 and it offers some of the most exciting matchups, rivalries and comebacks. This year, there are a couple of novel changes in one of the most prestigious T20 league as announced but the governing council.

BCCI President Sourav Ganguly announced that night matches will start at the same time at 8pm. This is in contrary to the earlier request of night matches changed from 8 pm to 7-7.30 pm. Ganguly also said that there will be five double headers (4 p.m. and 8 p.m.) this time.

For the first time in IPL, concussion substitutes have also been given the green signal. Under the new rule, a player who has been concussed either while batting, bowling or on the field, can be withdrawn from the game and be replaced subject to approval by the match referee.

Here is the IPL 2020 full of schedule by venue: 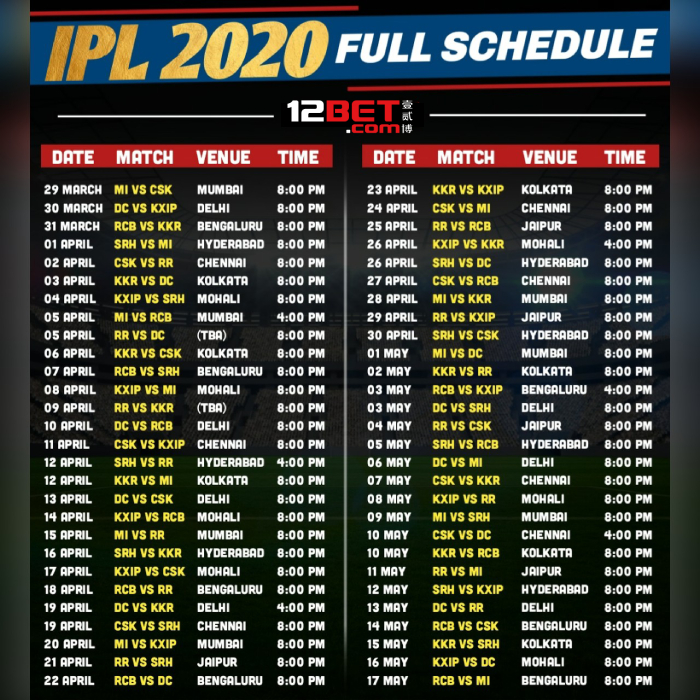 We have a special IPL coverage along with a lot of exciting promotions coming exclusively for you if you visit us and sign up now at 12BET, the trusted name in Indian online betting.