Ambati Rayudu, a senior cricket player, has joined Baroda for the next domestic season. Rayudu had gotten a “no-objection certificate” (NOC) from the Andhra Cricket Association before he played for India. The new team can now use the right-handed batter for all types of cricket.

The batter hasn’t played a first-class match since November 2017, but he has a lot of experience in the domestic arena. Rayudu has already played for Hyderabad, Vidarbha, Andhra Pradesh, and even Baroda. Rayudu is now going back to his old team and will try to do well for them.

Ambati Rayudu has played a lot of cricket in India 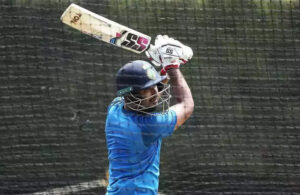 Team Baroda is also trying to get their best batter, Deepak Hooda, back in the game. Krunal Pandya and Hooda have had some heated arguments in the past, which is why Hooda moved to Rajasthan to continue his domestic career.

“As far as I know, they are still getting along as well as they did before,” Shishir Hattangadi, the chief executive of the Baroda Cricket Association (BCA), told ESPNcricinfo. “Their disagreements are over. They played for the same IPL team and did well together. They have taken care of any problems they had,” he added.

“We hope Hooda will come back, but we don’t know for sure. From a cricketing point of view, it was Rajasthan who took him in when he needed a team. We’re doing what we can to help. We’ll have to wait until the final decision is made,” he said.

Baroda, on the other hand, has hired Yusuf Pathan, a former Indian batter, to be their coach for a year. “Baroda is a small team, and the idea is to have someone of Yusuf’s stature help develop the young talent. We’ve seen that players aren’t bad at what they do, but that they need to work on their confidence and how they think. We thought Yusuf would be a great fit,” Hattangadi said.